‘The Little Venice of the Languedoc’ is a thriving fishing port. Find out more about Sète, this wonderful town.

Our beachfront luxury villa is found approximately five minutes’ drive from the town centre of Sète at the start of a 20 kilometre long, sandy beach. Sète itself is situated in the South of France, on the Mediterranean coast, just 30 minutes by car from Montpellier.

‘The Little Venice of the Languedoc’ has retained its authenticity as a thriving fishing port, which remains the main focus of this wonderful town. Visitors to our villas in Sète can enjoy a wide variety of activities including kayaking, stand-up paddle boarding and mountain bikes for every age, all of which are complimentary with our holidays.  There are also many other activities on offer including tennis and golf, or roller-blading along the newly built beach promenade. 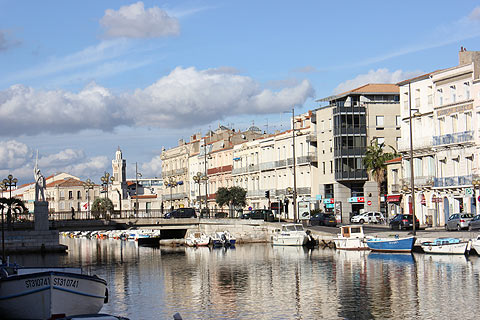 Sample one of Sète’s traditional dishes such as ‘la tielle’ – tomato and octopus pie – in one of the many restaurants along the beach front near our villas, or in one of the town’s many superb fish restaurants.  Take a stroll through the fishing port with its delightful bars, cafes and chilled out atmosphere. If relaxing and soaking up the sunshine is more your thing, you can be sure that Sète’s natural, unspoilt sandy beach and crystal clear waters will leave you wishing you had discovered the “real South of France” sooner. 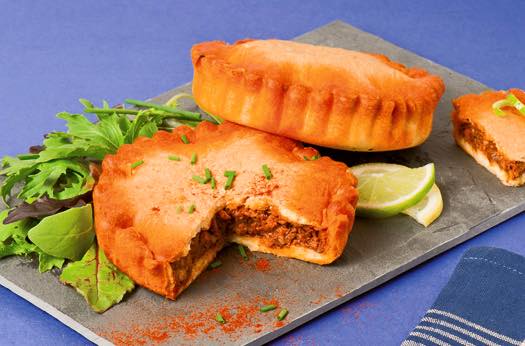 There is so much on offer in this stunning Languedoc region of France.  Highlights to explore nearby include the ‘Balaruc Les Bains’, the excellent thermal baths and beach spa. You must also sample the famous wines at the vineyards Muscat de Frontigan and enjoying lunch in Bouzigues, a small fishing village famous for producing the world’s best oysters in the salt lagoon of Etang de Thau. There are also memorable trips beckoning from memory lane; The historic towns of Montpellier, Pézenas, Agde and Béziers, all within easy driving distance. Not to mention the many activity parks and attractions within close proximity.

The Languedoc-Roussillon region has been inhabited by man for over 450 thousand years. See for yourself at the wonderful cave paintings of the hunter, gatherer by pre-modern man. Prehistoric paintings of wild animals can be found in caves in Chauvet, Lascaux and Niaux.

Situated between the Atlantic Ocean and the Mediterranean, the region later became an extremely important trade route and a major market for Northern Europe. From 600 BC the Greeks began arriving and settling, founding the cities of Marseille and Agde. With them, they brought their traditions of olive and grape cultivation, which are still an important part of the local economy today.

Next to arrive were the Romans who founded Narbonne in 118 BC followed by Nîmes and Béziers. As was their desire, the Romans conquered the whole region and there are many examples of their architecture to be seen. For example the Pont du Gard near Nîmes, the Arena and the Maison Carré in the city itself. Not to neglect the Oppidum d’Enserune, which is an ancient hill-town located between Béziers and Narbonne.

The region then entered a very turbulent time as various invading tribes came and went. The Visigoths established a kingdom around the fifth century, followed by invading Muslims and then in the late 700s it was Charlemagne.

During the Middle Ages there were many power struggles all centred around religion. Many people turned to Catharism centering in Béziers and Carcassonne. The Catholic Church, headed by several Popes and French noblemen, launched a merciless holy crusade in 1209 and were at war against the Cathars for 20-years. Béziers was sacked and in the bloody massacre which followed, no one was spared, not even those who took refuge in the churches. 20,000 people were killed in Béziers alone. Their captured and ruined Cathar fortresses and castles can be seen teetering on the hilltops of the region. Many villages still have a circulade fortified structure to them, as evidence of a time when the inhabitants lived in fear of attack.

In the 13th century, Montpellier and Perpignan prospered under the rule of the Kings of Majorca, who later sold the two cities and the Roussillon to the French crown. It wasn’t until the 17th and 18th century that peace finally settled in the region. As a show of resentment against the ruling elite, the Protestant church established itself firmly among the peasant classes in the 1600s. This seed of resentment was to grow into a bloody revolution.

Following the French revolution of 1789, the Languedoc economy slowly began to get on its feet, producing vast quantities of textiles. Towns were enlarged and adorned with dazzling architecture. Thanks to the development of the wine industry during the 1800s, large farms were built, along with stately country residences and seaside villas. However, the region faced a major set-back when the vineyards were all but wiped out by phylloxera in 1875.

The Great Depression of the 1930s again slowed the economic revival and the region was unable to accommodate the tens of thousands of refugees who poured over the border from Spain in 1939 fleeing civil war. During World War II the proud people of the Languedoc region were particularly successful in frustrating Nazi attempts to gain greater control of France.

Today the region, rich in historical interest, is a popular tourist destination with its historic cities and towns. Complete with ancient cobbled streets, a wonderful climate, long sandy beaches and a bountiful countryside. Those who "invade" the region today tend to settle here looking for warmer climates and a better quality of life in its peaceful surroundings!