Porto Vecchio, known as the St. Tropez of Corsica, is a distinguished, yet fashionable coastal town. Palombaggia has been described as the 'best beach in Europe' on more than one occasion.

Villa Luna is situated in Palombaggia, about 12 km from Porto Vecchio, the nearest main town. Palombaggia is a chic hamlet of luxury villas and boutique hotels with a beautiful beach; turquoise, clear waters, which deepen gradually and powdery golden sand which stretches for 2 kilometres. The beach is the most famous in Corsica, and has justifiably been voted one of the Top 10 in Europe.  It is flanked by mountains and umbrella-shaped pines, with pink granite headlands that enclose the beach and add to the rich variety of colours in this delightful setting. Palombaggia beach is in a protected nature site and is cleaned regularly. The beach faces the archipelago of Cerbicale, attractive uninhabited small islands that can be explored by boat from Porto Vecchio. With a selection of upmarket restaurants and bars and a variety of activities available from the beach or close by, you will never be short of something to do.

Porto Vecchio, known as the “St. Tropez” of Corsica, is a distinguished yet fashionable coastal town. Its appeal lies in both its attractive fortified old town and the modern marina below. The old town is full of chic bars, restaurants and boutiques set amongst cobbled streets and charming old buildings. While the marina is teeming with luxury yachts and pleasure boats. Porto Vecchio is also home of “Via Notte”, Europe’s largest outdoor night club, and one of the hottest and most sophisticated places to party in Europe. World famous DJs in July and August attract the jet set to party the night away!

Porto-Vecchio’s quaint hilltop old town is renowned for its trendy designer clothes shops and fashionable boutiques, selling red coral and handmade shell jewellery and beautiful leather handbags, as well as galleries selling art work and pottery. Local shops with traditional Corsican fare including local cheeses, charcuteries, jams and chutneys are a treasure trove for your taste buds. The Porte Genoise gate frames a wonderful panoramic view of the harbour, sea and salt pans and the surrounding valley with its mountainous backdrop. The Place de République is Porto-Vecchio’s main square – a great place to watch the world go by from one of the pavement bars. The imposing St Jean-Baptists church dominates the square, together with a large tropical twisted tree known as ‘Bel Ombra’, presented to Porto-Vecchio in 1901. There is an excellent choice of restaurants both in the square and along adjoining the cobbled streets. At night, the square transforms into a lively nightlife hotspot, with a cool vibe and open-air bars playing music into the early hours. More relaxed bars and restaurants with fantastic views out to sea can be found off the main square.

The deep natural marina of Porto-Vecchio attracts numerous impressive yachts and is a good place to arrange the hire of a RIB to visit the nearby islands or a fishing or sailing trip. There are several restaurants and bars along the harbour side, including a fantastic ice-cream bar.

It is no coincidence that Porto Vecchio, with its breath-taking backdrop of the fortified old town, trendy marina, beautiful beaches and mountain vistas, was chosen as the starting point for the 100th Tour de France in 2013.

Corsica is an island with a turbulent and fascinating past. Most famous as Napoléon Bonaparte’s birthplace, its strategic position has meant invasion and resistance have been recurring themes in the island’s history.

The earliest Corsican inhabitants date from around 3000BC; they left impressive menhirs or standing stones, carved with staring faces, which can still be seen at Filitosa. Centuries later in 540BC, the Greeks colonised the island. They were succeeded by the Romans and it was then that the pattern of conflict and battle began, with waves of invaders and raiders to the shores.

The island suffered under harsh rule by successive Mediterranean kingdoms, with Genoa gaining undisputed control from around 1500. Genoa sought French help when rebellion flared in 1729 and French troops pacified the island. The rebellion continued, however, and in 1755 the Corsican patriot Pascal Paoli was proclaimed General of the Corsican Nation. Before being forced out by the French in 1769, Paoli founded a university, and introduced a democratic constitution, with all men over 25 eligible to vote.

Paoli returned in 1790 and, with British backing, declared independence from France; Nelson lost his eye at the siege of Calvi and British forces captured a number of coastal towns. Independence was short-lived though; the British withdrew in 1796, Paoli departed to live in London and Napoléon (who was born in Ajaccio) moved in his army. Corsica has been a department of France ever since.

Compared with mainland France, Corsica is very sparsely populated. None of the towns on the island are large; even the capital, Ajaccio, has a population of only 55,000. Corsican families retain close links to their land, which is the main reason why the island has escaped mass exploitation, despite some recent building; many people will never sell their inheritance for development.

Corsicans are proud of their heritage. France is referred to as “le continent,” and attempts by outsiders to make a fast buck out of the island are resented. Nationalist sentiment is rooted in a deep personal love for Corsica and is expressed, at different levels, through the teaching of Corsican language (Corse) in schools, or through daubing FLNC (Front de Libération Nationale Corse) slogans on public signs and buildings.

Many Corsicans of all ages speak Corsican, a language whose history is obscure. Written, it looks rather like Italian, though it sounds different to the ear. Many names are Italian in form, with some pronounced the Italian way, some the French way. Corsican music is also resurgent; in recent years musicians have fused modern melodies with traditional vernacular songs or church chants to create an evocative, contemporary folk music.

The Maure Head has become the emblem of Corsica and can be seen on flags throughout the island. Any locally produced goods, official buildings, Corsican owned boats, properties and aircraft carry this symbol and all Corsican political parties (whatever the strength of their Nationalist tendencies) also use the emblem. In some specific cases it may represent a stronger Nationalist/Autonomist leaning, but is generally a simple statement of pride in their country. 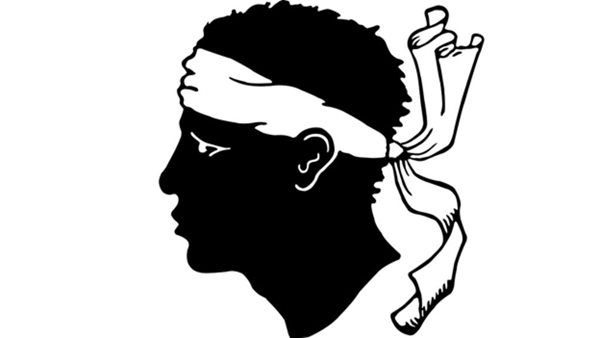 The symbol dates back to the 13th century, when the Aragonese were given rights over Corsica by the Pope after their victory over the Saracens. They portrayed their acquisition by the maure’s head (indigenous of North Africa), which originally had its eyes covered. It was however, forgotten in Corsica during the subsequent Genoese occupation when the Virgin Mary (the patron Saint of Corsica) was used to symbolise Corsica.

In the 18th century the German adventurer, Theodor Von Neuhof (who became king of Corsica for 6 months in 1736) chose the forgotten Moor’s Head as the National flag. Twenty years later it was re-established as the official Corsican flag by the great Corsican patriot, Pascal Paoli who insisted that the bandana was moved from its original position covering the eyes (to the forehead) in order to symbolise the liberation of Corsica.

A brief history of the rises and falls of Porto Vecchio, including its transformation into one of the most fashionable holiday resorts in France.

Beginnings
The excellent natural harbour at Porto Vecchio, the “Old Port”, attracted the Genoese who founded the town in 1539 as one of their defensive ports around the island.

Malaria
The fortified site (today known as Haute Ville/Upper Town) high up above the bay was plagued by malaria and frequent attacks by pirates. If they didn’t succumb to the pirates, the first settlers were soon wiped out by malaria, a common problem along the coast at the time.

Porto Vecchio briefly reemerged in 1564, when Sampiero Corso used it as a base for his renewed efforts to liberate Corsica. His attempt however failed, causing Porto Vecchio to revert to a sleepy walled town for centuries.

In 1935 a railway joined Porto Vecchio to Bastia. However this fell into disrepair during the Second World War. It was not until after the war, when the malaria-infested swamps were cleared (to improve the health of the soldiers and airmen) and transformed into salt marshes, that Port Vecchio began to expand and thrive as a town.

Industry
After the Second World War, the existing industries of salt and cork production started to really take off. The port was therefore developed and the eastern plain cultivated.

Even today, cork (harvested from oak grown on the salt marshes) is still exported from Porto Vecchio’s commercial port, although the industry is in decline due to competition from plastic. Much of the cork is used for craft objects made in Sardinia and then exported back to Corsica for sale to tourists!

In the 60’s and 70’s one of the salt marshland was filled in for development of the modern town. Some commercial salt pans were however constructed, from which Porto Vecchio’s commercial slogan the “City of Salt” (“la Cité du Sel”) derives.

Tourism
Today, Porto Vecchio is a major economic and tourist hub in Corsica. This highly fashionable town attracts many wealthy tourists, due to its chic hotels and restaurants, deep harbour and superb access to nearby idyllic beaches and outstanding mountain scenery.  Porto Vecchio, with its surrounding beaches, is fast becoming one of “the” places to holiday.  The beach at Palombaggia is widely regarding as one of the best in Europe.  And it is no coincidence that Porto Vecchio, with its breath-taking backdrop of the fortified old town, trendy marina, beautiful beaches and mountain vistas, was chosen as the starting point for the 100th Tour de France in 2013.

CORSICA
PLACES TO VISIT IN CORSICA